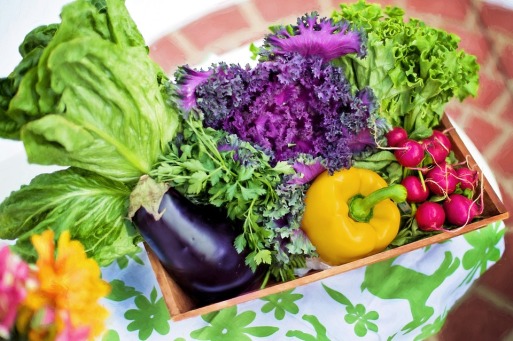 Today I’m going to write little bit about something else than the oils, because diet is so important to the wellbeing and to me personally. So I was thinking that I’ll make an exception every now and then. I read today an interesting book about chinese medicine, which I’m not familiar with at all. I am vegetarian and I was surprised to learn that chinese medicine encourages people to eat a lot of vegetables. I always thought that chinese food was very meat and fish oriented.

Chinese medicine recommends a diet that consists mainly from fresh vegetables and grain. A lot of people would say that eating too much wheat takes their energy away. Chinese medicine tells people to avoid wheat and deep-fried foods. Chinese medicine recommends that half of your food is grains (mostly rice), 20% of veggies, 15% plant protein, 15% fruits and only 5% animal products including milk. That is a completely different food pyramid that 5 million nation of Finns are used to coming from doctors and health care professionals.

I immediately thought about T. Colin Campbell’s book China Study, where he studied chinese diet from chinese people from poor country side to the chinese, whose income rose and they started eating more like westerners. The illnesses that westerners have soon happened to those chinese people. There was also a study about japanese people from first generation people living and eating like japanese people often do to the second generation that moved to Hawaii. Third generation ate already like americans. Same thing happened to their illnesses.

At times the raw food movement arises to the surface. According to chinese medicine cooked food not only has more flavor, but it reduces the risk to get sick and improves your immune system (because the nutrients digest better). Raw food has more nutrients and vitamins than cooked food, but according to chinese medicine, body takes better advantage of the nutrients of the cooked food. It is a fact that a lot of stomachs don’t take well big amounts of raw vegetable. We are so alienated from “real food”.

I am a complete newbie in the area of chinese medicine, but some of my friends have tried the diet. I have to say I am intrigued.